I have very recently discovered that driving with courtesy is actually more difficult than it looks.

Well, I have moaned on about the very un-courteousness of Singapore drivers ;-) they point blank refuse to give way, when changing lane they don't signal and if I ever want to change lane they speed up so as I cannot get in front of them! 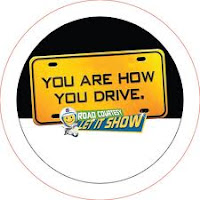 I now know that I have grown used to this un-courteousness ;-)

Driving to The Trafford Centre in Manchester with, the fab and very yummy mummy,  and Mummy-roc (Mel)...I heard her saying these things..."hell Clare, they'll never let you out if you don't signal !". "Clare, do you ever signal?" "Clare, don't you ever thank other drivers?" Only after Mel pointed these things out about my driving did I start to notice just how very courteous and so British the UK drivers are... And, even I actually became a little embarrassed about my driving habits ;-)

Flashing lights to give way, signalling at round abouts, waving to thank a fellow driver... :-) how nice but, how very odd and completely opposite to Singapore drivers. Then I thought about driving in France...is this where my un-courteousness began?

Have I really become just as bad as the worst and most un-courteous driver? Most probably, yes! Made me think about other stuff I do which is 'not very British' ;-) ...Mr Man can no doubt write a list...I'll ask him to add some comment later ! ;-)

I've become what, a bit French, a bit Singaporean or just very International ! :-)

I am now trying to be more courteous while driving around my beautiful Yorkshire but I just know when I get back to Singapore their un-courteousness will again annoy me to death. To feel better, all be it become just as bad as them, I'll forget my courteousness and be as un-courteous as the others ;-)

What I will do though is never 'push' on the MRT before the passengers get off (another thing that annoys me to death ! ) Oh gosh, don't get me started on that...